Music festivals under the stars are an established part of the British Summer.  Glastonbury, Reading, the list goes on. But no matter who’s ‘Headlining’, some of us just don’t fancy spending hard-earned time-off camping in a field of mud, still worse braving the endless lines for smelly porta-loos, and cold showers.

At last, organisers have woken up.  Hordes of city folk are willing, able and prefer to fork out for great open-air gigs just a few underground stops from home.  So now, there are events all across London and its possible to spend most of the summer at weekend festivals without the nightmare of ever pitching a tent.

But if you only have time for one, it’s got to be Hard Rock Calling, coming up this weekend, slap bang in the centre of London.  There’s plenty of space and even when surrounded by tens of thousands, claustrophobia  just never happens. 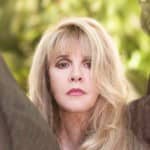 For the past six years, Hard Rock Calling has brought a wide variety of serious rock legends to London’s Hyde Park. Springsteen, McCartney, Clapton and The Police.  Three days, three stages, and more than 40 bands…this year, The Killers kick things off Friday, Bon Jovi is Saturday, and Sunday’s a double-bill for the 60s and 70s generation, with Stevie Nicks warming up for the eternal, Rod Stewart.

Concerts start mid/late-afternoon and throb into the dark.  Tickets are £49-£59 each day; a bargain for eight hours of glorious sound.   There are food stands for even the fussiest eaters, but of course there’s still the nasty little issue of British rain.  No way round that, short of a big black ‘brolly or for the well-heeled, The Library Bar, at the Lanesborough Hotel at Hyde Park Corner is a short dash away; there are far worse places to ride out a storm.

And, if you’re too late for tickets, or just plain cheap, the best part about Hyde Park is the sound travels… so pick a piece of grass just outside the gates, unpack your picnic, and revel in the fact that your hearing it all and you’ve just saved 50 quid.