In a region regularly to pping over with tension, tourism in the Middle East Is thought. But there remains one safe, stable haven. Jordan has long been high on the list for biblical and adventure tourists, with it’s ancient historical sites and desert tours. The country also a luxury play, 5-star hotel openings over the last five years and between 2016 and 2020 has upped the ante in Amman and it’s southern port city, Aqaba. While many travellers may be putting off a journey to Jordan, now is the time to take advantage of few crowds at normally over-populated sites like Petra, and favorable rates at high-end hotels.

Fly into Amman and spend a day or two getting acquainted with the culture and history of Jordan before heading south to Petra, Wadi Rum and Aqaba. Here are my best picks.

Arabic food at Beit Sitti – Three sisters carrying on the family's culinary legacy through a cooking school and restaurant founded Beit Sitti, literally translated as ‘my grandmother’s house.' Set in their grandmother’s home, high on a hilltop, a stove and oven in the front courtyard allows for al fresco cooking and dining with views of Amman. Maria is the force behind the food and offers flexible bookings for breakfast, lunch or dinner. All dishes are seasonal, with produce picked by local women. Guests can browse the site to request specific meals in advance, with vegetarians well catered for. Special ingredients, like pomegranate molasses are sold in attractively labeled jars as gifts and souvenirs. Advance booking required. 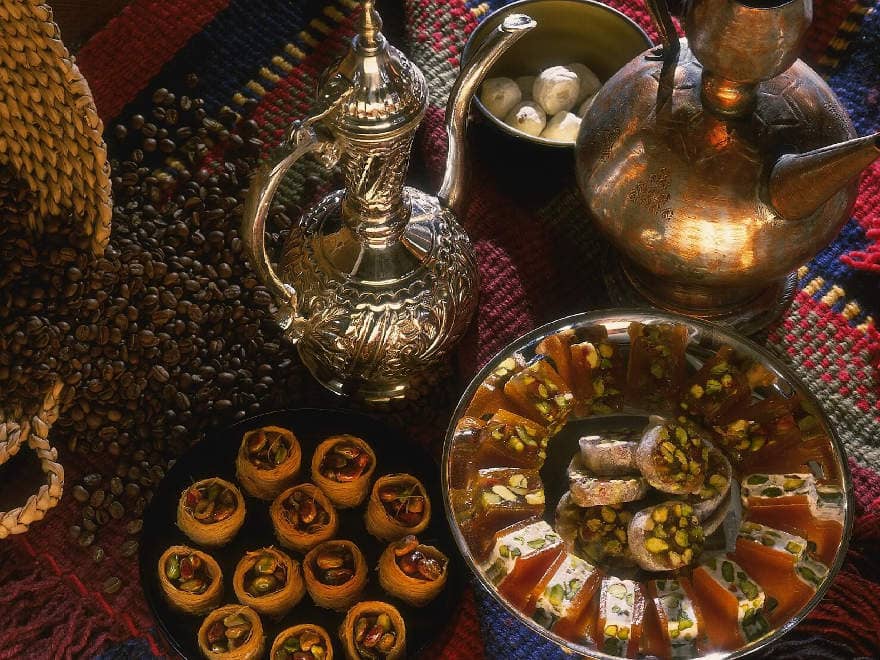 The small streets of the former capital of Jordan – Al Salt, just 30km from Amman offers a step-back-in-time experience. The small, historic town represents an authentic Jordanian community of artisans, traders, picturesque streets and Ottoman architecture. The city, located on the north-south and east-west trading routes played an important role in establishing Jordan as a place of religious tolerance and peaceful co-existence. No better is this observed than in Al Khader church, one of a handful of places of worship where both Christians and Muslims pray. Self-guided tours are welcome, as are those led in English by volunteers (from 1-3 hours), including tea and traditional lunch in the home of a local resident. The Old Salt museum is set within a grand three-storey former home, built in the late 19th century, with a maze-like warren of rooms containing interactive exhibits.

Through the Citadel and ancient Roman Theater, followed by a stroll through downtown Amman that is more like a modern souk, with shops and a local produce market.

At Sufra, one of Amman’s top restaurants for modern Middle Eastern cuisine. Located at the end of Rainbow Street, Amman’s busy strip of restaurants, Sufra serves a wide menu of local specialties. The setting, in a grand old home and a courtyard filled with flowers and a water garden, is particularly atmospheric. A more typical, traditional environment can be found at Tawaheen al Hawa, which also lays on the full mezze.

At the Four Seasons Amman and enjoy the rooftop pool. Avoid roadside rooms, which can be noisy.

Madaba and Mount Nebo, both make a good stop on the 4-5 hour drive south to Petra. Mount Nebo is where Moses viewed the Promised Land and Madaba is best known for its Byzantine-era mosaics. Lunch at nearby Al Qantara restaurant.

The 800 steps up to see the monastery at Petra. One of the seven natural wonders of the world, this pink sandstone city is an archaeological feat. An early start is recommended to beat the crowds. Enter through a canyon and you’re instantly transported to a scene from Raiders of the Lost Ark. A half or full day is plenty, but the city is lit with candles for a special experience a few nights a week. Booking ahead is essential. The Movenpick Petra is directly opposite the entrance and makes for a convenient overnight with a swimming pool to cool off in after a day of walking for miles.

At the stars from bed at the Wadi Rum Night Luxury Camp, a few hours south of Petra. Set in the sandstone and granite valley of Wadi Rum, the surrounding scenery provides a dramatic backdrop, memorable sunrises and sunsets, and thankfully, no Wifi. Book the stargazing tent – a bubble-shaped blow-up structure with a clear-paneled ceiling. Air conditioning and a private bathroom are contained inside. It’s an unforgettable experience.

At the Kempinski in Aqaba, Jordan’s only coastal city on the Red Sea. The tax-free zone attracts Jordanians for it’s lower priced goods, but the R&R is the real reason people come to this resort town. Dine at Royal Yacht restaurant at the harbor for fresh seafood.