Ever made an absurd travel insurance claim? Yes? We can guarantee you that you’ve never made a claim as wacky as some of these.

From bag snatching monkeys to Mozambique cobra snakes, travellers are constantly faced with the absolute unexpected.

Compare Travel Insurance media spokesman, Natalie Ball today revealed some of the most crazy travel insurance claims made to Allianz Global Assistance in the last year.

“Holidays are full of fun and excitement, but you never know what is around the corner” said Ms Ball.  “If something disastrous happens on holiday, smart travellers with travel insurance are always thankful of the small investment they made”.

Travelling without travel insurance is risky business and can leave travellers with a massive holiday hangover.

Think you were smart and saved money on not getting travel insurance? Not so much. Not if you became stuck in some of the situations these travellers below got caught in.

Georgia of the Jungle 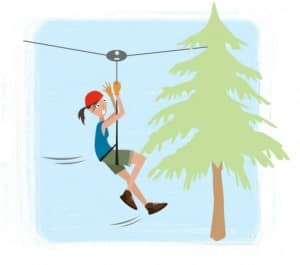 A young traveller was zip-lining through the dense canopy of the Costa Rica rainforest when her brakes failed and she unfortunately flew face first into a tree-trunk. Ouch. After reviewing her claim against her policy cover, all medical expenses were paid.

For many travellers, tattoos are a way of marking memorable experiences; or things close and dear to their heart.  A holidaymaker in Canada thought he would mark his time spent overseas with a tattoo. Unfortunately he suffered a severe allergic reaction to the ointment prescribed and developed an invasive rash. His medical expenses were paid.

Beauty is a Beast

What better way to celebrate the love you have for your newlywed husband than by undergoing a little plastic surgery on your honeymoon.  A newlywed couple headed to Thailand where the new bride elected to undergo liposuction. She reacted adversely to the procedure and incurred extensive medical expenses for hospitalisation. Her expenses were declined as liposuction is an elective surgery and not a medical emergency.

A tourist in South Africa’s Kruger National Park was bitten by a Mozambique Cobra snake; one of the most venomous snakes in the world. This particular snake carries cytotoxic venom which destroys tissues and blood cells. Thankfully, he survived and his claims for medical and cancellation costs were paid. 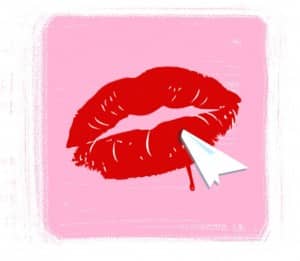 A tourist at a supermarket in Italy was packing her car with glass drinking bottles. A bottle slipped onto the cement and the glass ricocheted up and flew onto her lips. Fortunately for her, the medical expenses were covered.

A holiday-maker in The Whitsundays had been shark diving. As she removed her wetsuit, her engagement ring came off and fell into the deep blue. Her claim for the lost ring was paid. Unfortunately the ring was not recovered.

Whilst visiting a temple in Bali, a couple had their bag snatched out of their hands by a cheeky monkey. Several Balinese children attempted enticing the monkey with food in order to recover the bag, however clearly aggravated the monkey threw the bag over a cliff top. The insured’s claim for luggage and personal effects was paid.

A tourist riding the New York subway was held at gunpoint and robbed by the most unsuspecting character ever, ‘Mickey Mouse’.  After details from the police report were confirmed the cash claim was settled.

A female tourist in Rome had her camera plugged into an adaptor charging in a hostel dormitory. As she plugged in her hair straightener she was left in darkness. The overloaded power board cut power to the entire hostel. Her camera was damaged by the power surge and her claim for the camera was paid.

A couple on a hunting tour in North Queensland sought a quick escape when they felt they had become ‘the hunted’ by their tour guide.  The insured’s claim for the cancellation of the remainder of the tour was not paid as there was no evidence to indicate that they were in any danger.

Despite the abusurdity, these are all 100% true claims made by real people. While many of these claims were paid by Allianz Global Assistance, all claims are assessed on a case-by-case basis as every individual’s circumstances are different.

“The principle of a travel insurance policy is to provide cover for those unexpected events.  Last year we processed over 5,000 claims a month—many of which were indeed unforseen and unexpected.” commented Ian Norris, CEO and Regional Hub Director, Australia and New Zealand.

Compare Travel Insurance recommends anyone travelling overseas takes out travel insurance and encourages travellers to compare policies.  Comparing over 80 policies from 14 insurance brands www.comparetravelinsurance.com.au makes it easy to find the right policy for your trip in seconds.

If you read all the stories above, you’re going to want to get yourself some travel insurance. ASAP.