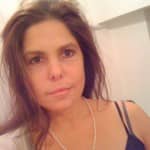 orget about the famous summer sales, Thursday 30th June begins Masterpiece London.  Just two years old, this is no ordinary art fair.  Modelled on the strictly vetted TEFAF show in Maastricht, Masterpiece aims to attract only the most serious art dealers and collectors.  And it shows.

I can’t be sure, but I think it’s safe to say I was the only one sporting flip flops with my summer dress.  Being an art enthusiast myself, I’ve been to a fair few of these fairs, some seemingly rather posh.  But I’ve never seen collectors turning up in their Rolls, nor decked out as if they’re headed to the Queen’s annual garden party at Buckingham Palace.   It felt like a Chanel convention.  But then again, most art shows don’t offer outposts of Harry’s Bar or Le Caprice. 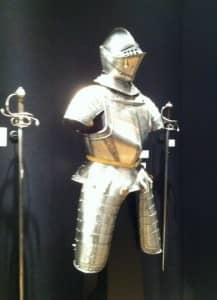 My accidental escort was a semi-retired collector and dealer from Devon who liked the fair so much, he was doing his second turn.  He explained Masterpiece was created chiefly for the upper, upper end of the art market.  In fact, let’s just say it’s the highest possible part of the market, since much of it is the stuff museum collections are made of.    Canalettos, Monets, Picassos, Hockneys, Warhols … the list goes on.

And it’s not just art on display.  The lust list includes vintage art deco earrings by Van Cleef & Arpels, a Vacherin-Constantin watch with a Chagall reproduction for its face, and a right-hand drive 1961 Aston Martin, not to mention an antique suit of armour for a mere £70, 000, or perhaps a Tiffany lamp for those with simpler tastes.   But if you want to outspend everyone, you’d have to go for the only surviving prototype of a Spitfire, for just under £10m.

All that may seem a bit lavish, and it is, but there are some wonderful works of art on display.   I saw Bonnards, Vuillards, and lots of other eye candy that left me drooling.   Kidding aside, some of these pictures really do belong in museums, but this is a great chance to view them, since many only pass through private hands, and will never be shown in public, except at rare shows like this one.  In fact, one painting by Spanish Fauvist Carlos Nadal only made it to the fair because a London dealer scooped it up in New York after it failed to reach its reserve at a recent auction.  I must admit to having grinned with delight at educating the dealer about his picture’s history.  He was not as pleased as I.

Exhibitors have come from London, Paris, New York and Zurich.  But as my trusty guide explained, most expect to go home no richer than when they arrived.   They know the ultra-rich don’t part easily with the notes that fill their wallets, nor would any self-respecting high-net-worth individual splash so much cash in public.  It’s the customer contacts these savvy dealers are after. 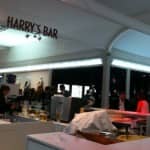 The cost of entry may say £20 on the ticket, but unless you’ve got a spare £10k, you’ll be in the “just browsing” category.  And that lowly price will only get you a model airplane that turns into an ashtray.  But if, like the dealers, you’re happy to go home only what you arrived with, then this is a great way to spend a couple of hours, carefully creating your own fantasy collection, then dreaming about it over champers at Harry’s Bar. 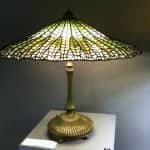