I love Paris.  I could easily walk the streets from morning til night, so long as there are a few cafe au lait’s consumed throughout the day.

Doesn’t matter how many times I’ve been, absorbing the local culture never seems to get old.

Though I’ve stayed in some nice places, I’ve never been tempted to have a lie-in in Paris … until now. 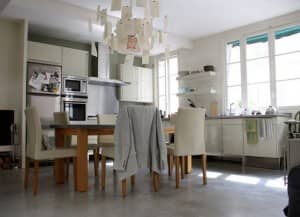 I was staying on the outer edge of Montparnasse, in a great, residential neighbourhood, down a small, quiet passageway.  The decor was that perfect French combination – lots of greys and neutrals, with a heavy, but not over-the-top dose of contemporary style … chocolate cashmere throws on the beds, low lighting (everybody looks better in low lighting, don’t they?), Diptyque candles, and Kiehl’s toiletries.

There were tall ceilings, and open spaces bathed in light.  And it was better than any hotel I could have stayed in. This was the home of French ad exec, Stephanie Behaeghel.  She rents her home to tourists on weekends (and at other periods) through Housetrip, an internet-based property lending site.

Living like a local when travelling is a fantasy for many, and renting a flat or apartment in a foreign city isn’t a new concept, but take a look around, and you’ll find there aren’t dozens of companies doing it.

There are the obvious places which have the highest saturation; Paris, London and New York are the most popular.  But ever tried to rent a place in the Ukraine?  How about Indonesia?  Housetrip has 55,000 properties in over seven-thousand locations. Travel to any continent in the world, and you’ll find a Housetrip property to hire. 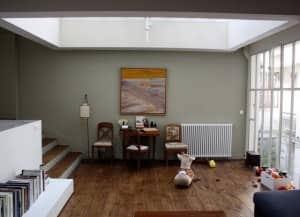 Security systems are in place to protect owners and renters from any problems, which means if a renter arrives and a property isn’t as described, support is provided by Housetrip staff who speak 14 different languages and can help find alternative housing. Hosts don’t get paid until two days into a trip, to ensure there are no problems.

On my trip to Paris, our home for the weekend was a 4-bedroom townhouse/maisonette with room to sleep 7 people and a dream kitchen, which we took full advantage of.

Like so many other foodies, I have always wanted to stay in a Parisian flat, tour a market and then come home and whip up a delicious meal.  I’m not sure whether Stephanie Behaeghel cooks, but her kitchen was well-equipped.   We spent Sunday morning on a local tour organised by Context Travel.  Food writer and cooking teacher 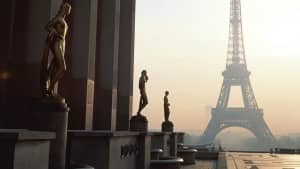 Camille Labro met us at an organic market in nearby St Germain.

As we weaved through the cheese and charcuterie stalls, she explained how to tell male from female fennel (who knew?), and that the male one is more tender.  After selecting our favourite ingredients, and plotting out a menu for lunch, we hit the kitchen and turned on the gas.

I thought I was pretty good in the kitchen, until then.  Apparently, I have no knife skills whatsoever, apart from being able to chop in the most rudimentary way.  But, I learned that the best method for cooking aubergine without it absorbing too much oil, is to dry-fry in a pan with a thin layer of salt. The light feast was wonderful and even better, was the chance to ask a local about the food culture, trends, etc.

Ours, at approximately £500 ($800) a night, was just one of 2000 properties available in Paris, including a houseboat where the owner is a Michelin starred chef and will cook for you, on request.

Properties are added every week, and Housetrip is actively looking for more owners.  The average home rents for £105 ($170) per night, with Housetrip taking 10-20% on top of what the owner receives.   It costs nothing to post on the site, and stays can be any duration. The shortest is one night, and the longest, so far has been 74 days.

Whether you’re looking for an authentic experience, have a large group, or simply want to take your pet along, Housetrip makes a great hotel alternative.  The only problem, as was the case for me, is that you may find yourself in such luscious surroundings you never want to leave. 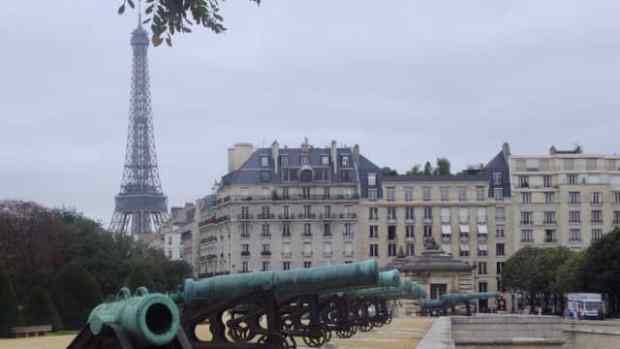