While Ferraris, food and wine make Italy’s Emilia-Romagna region one of the world’s favourite locales, a collection of local winemakers are passionate about adding the humble and almost forgotten Famoso grape to the list.

Sitting in a farmhouse kitchen in Emilia-Romagna, Giovanna Randi pours me an espresso. I ask for milk and she waggles her finger. “Grappa,” she suggests, would make a better addition to my coffee. When I politely decline the offer, she suggests another alternative to milk: “Sambuca”. 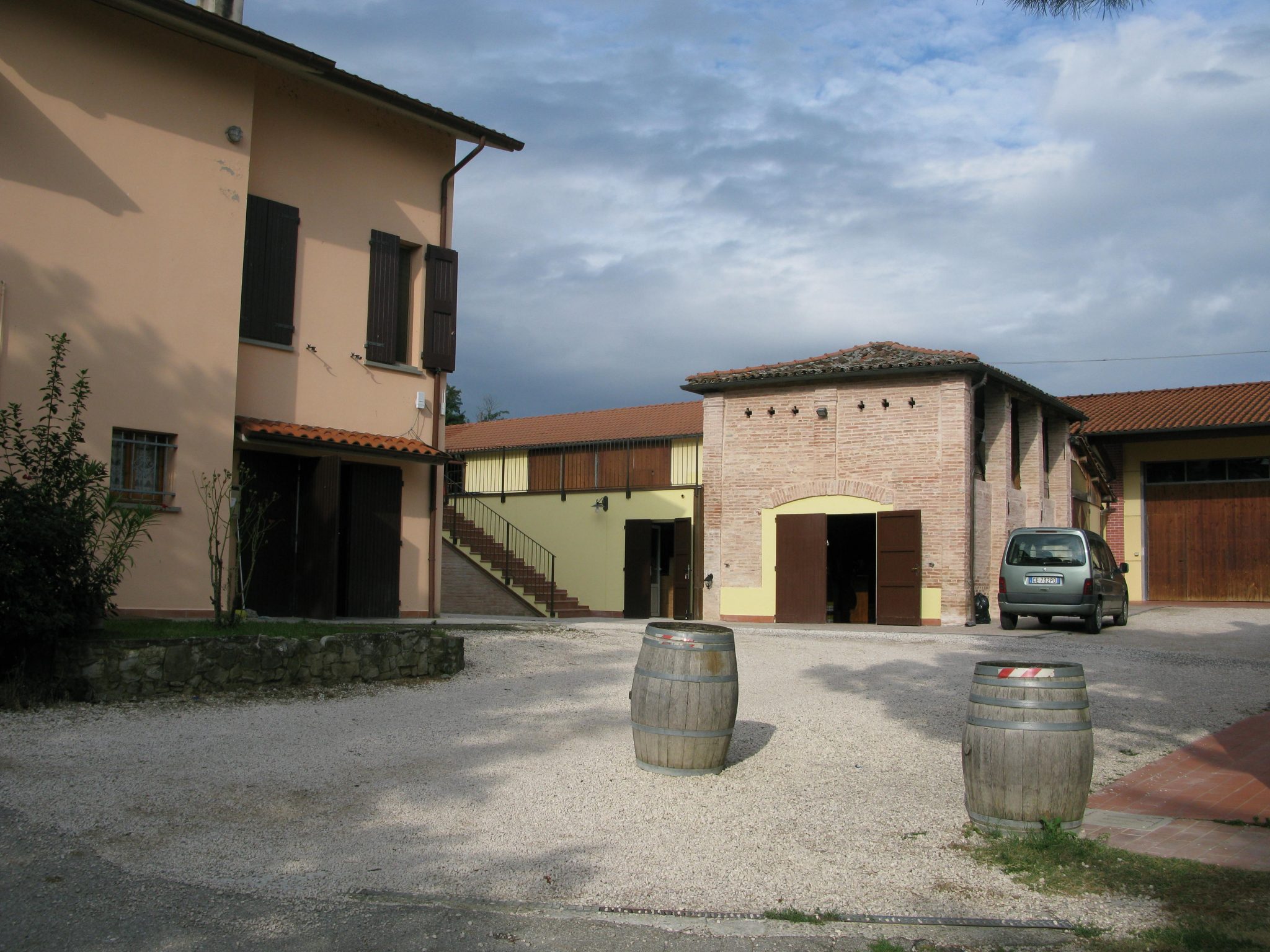 Giovanna and her family is exactly how I imagined a visit to an Italian farmhouse would be. A place full of warmth, kindness, generosity and plenty of locally prepared comfort food.

I had called at the family farmhouse on my way to helping her sons with their grape harvest. But she insisted on serving a typical meal of the region before I started hand-picking grapes. Tagliatelle with meat and tomato sauce (ragù) was followed by roast rabbit and potatoes, and biscuits filled with jam. Everything was grown on the farm, including the wheat that made the flour for the tagliatelle and biscuits, and the corn that fed the chickens that produced the eggs.

Emilia-Romagna is an agricultural region where, for much of its long history, grapes were considered another crop. Giovanna’s sons Massimo and Denis produce an awful lot of Trebbiano, the region’s most widely produced grape, which they sell to the local cooperative by weight.

Large-scale cooperatives still dominate wine production in the region, making it the second largest wine-producing region in Italy after Veneto. They encourage farmers like the Randis to have high yields and to machine-harvest the grapes. But the money the Randis receive from the co-op subsidises their experiments with rarer grapes, such as Centesimino, Longanesi, Marbo Gentile, and the one I’m here to help save, Famoso. These are the varieties which the Randis hand-harvest and are proud to bottle under the family name.

To accompany lunch we have the Randis’ top red wine, the Bursôn Black Label, made from Longanesi grapes, a variety rediscovered locally in the 1950s. Giovanna encourages me to dunk the biscuits into the rich and velvety red. “Is this a typical custom?” I ask. “No, but is good,” Giovanna replies.

The wines of Emilia-Romagna are meant to be enjoyed with food. Even a simple biscuit. That is why locals prize simple, high-acid wines like Lambrusco and Sangiovese because they cleanse the palate while eating the region’s famous pasta, cheese and meat dishes.

Famoso, on the other hand, pairs best with lighter, more modern dishes, such as sushi, grilled eggplant, and steamed zucchini.

Perhaps this is one of the reasons the once famous Famoso was almost extinct by 2000 and why it is now being saved.

The grapes for the Prosecco-style sparkling version were collected more than a week ago. I’m going through the vines looking for the healthiest bunches, which will be dried over the next three months and then pressed to make a scrumptious dessert wine called Strafamoso. The rest of the grapes will be picked in a day or two to make the dry, still, standard version for Randi and 200 bottles for me. 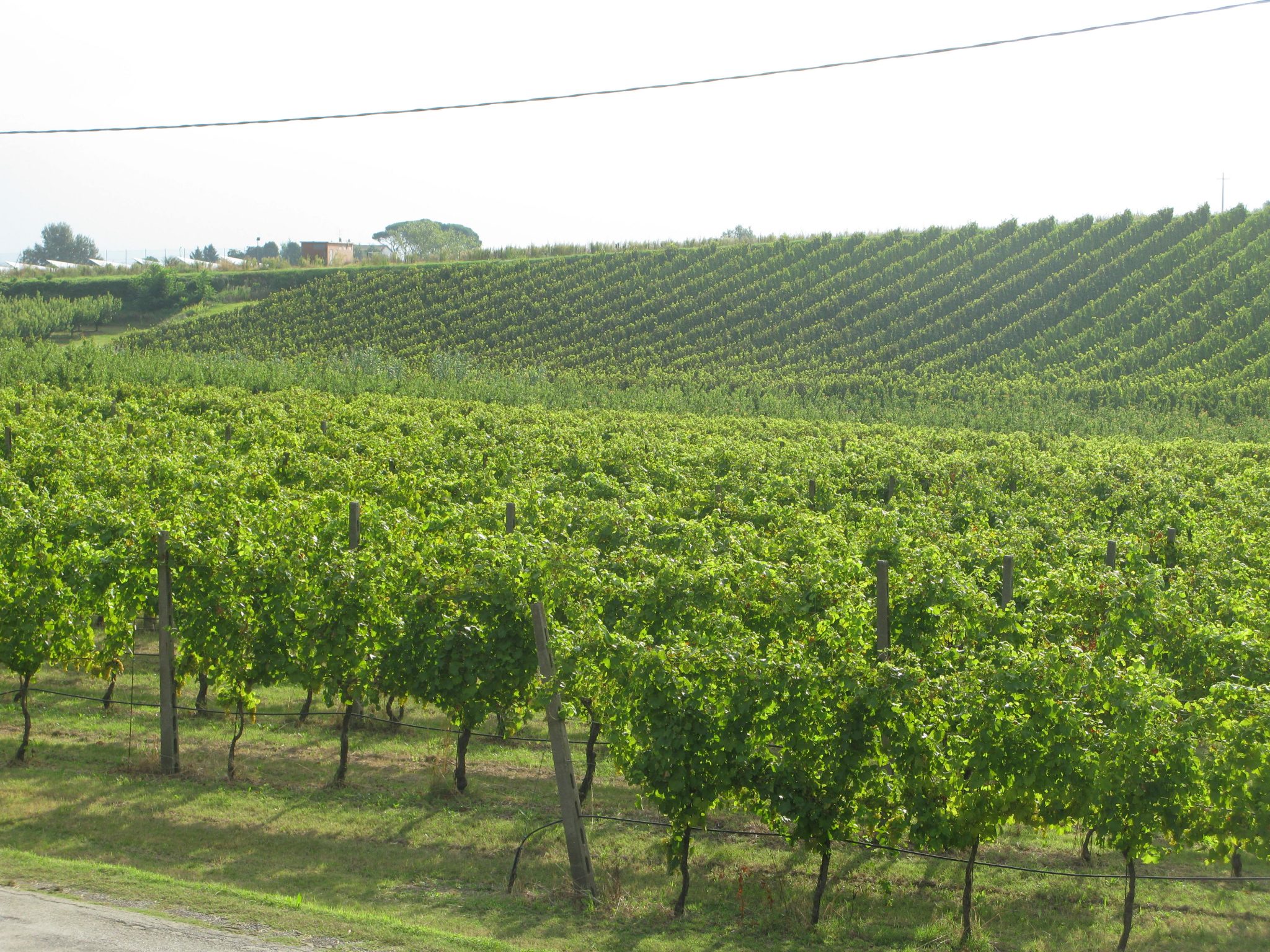 The Randis are the world’s largest producers of Famoso wines and plan to double their output in the next few years as the grape becomes more famous. Even so, their goal of 100,000 bottles is a mere drop in the sea of wine pouring from Italy, the world’s leading wine producer with an output of 54.4million hectolitres in 2018 (according to the International Organization of Vine and Wine).

Things should have been so different for Famoso. The grape variety was mentioned in tax documents as long ago as 1437, and must have been quite famous in the 15th century to earn its name.

The variety’s decline began when the phylloxera disease destroyed Europe’s vineyards in the late 19th century. This grape wasn’t replanted and had almost disappeared by 2000. All that was left were two rows of vines yielding table grapes at the Montalto farm in Mercato Saraceno, near Forlì.

It’s not even a footnote in the leading book on wine grapes, Wine Grapes, because, when Jancis Robinson, Julia Harding and José Vouillamoz were writing their tome in 2009-11, there were no commercial wines being made from it.

The discovery of the Famoso vines in Mercato Saraceno, however, inspired a band of local wine producers, with a passion for indigenous grape varieties, to experiment with the vines, the wine and to join together to save the variety.

They liked the grape’s toughness, the wine’s distinctive floral aroma and light acidity, saw its potential for producing a top quality white wine and started the legal process to get the variety registered. It became an official Italian grape variety in 2009 and will be in the next edition of Wine Grapes, if it is reprinted.

Over the past ten years the number of vines has been steadily growing. On my trip to Emilia-Romagna I counted 12.25 hectares (ha) and heard of more in the pipeline. The Randi family has planted another 2.5ha of Famoso (for a total of 5ha).

What surprised me most, though, was the level of experimentation among the pioneering producers, most of whom live within 20kms of each other – half in the hills near Faenza and half on the plains near Bagnacavallo.

The main reason for the experimentation seems to be to either enhance or tame the grape’s distinctive sweet floral and exotic fruit aromas – linden flowers, hawthorn and orange blossoms mingled with banana, peach, green apple and apricot. As it offers so much on the nose, the winemakers are also experimenting to make sure the wine delivers in the mouth, too.

Mauro Altini, who made his first Famoso in 2007, produces 5,000 bottles of Prosecco-style Famoso (Divo) and 4,600 bottles of still VIP a year at his farm, La Sabbiona, in Oriolo dei Fichi, south of Faenza. “It is difficult to sell more bottles, it is an unknown grape,” he tells me. 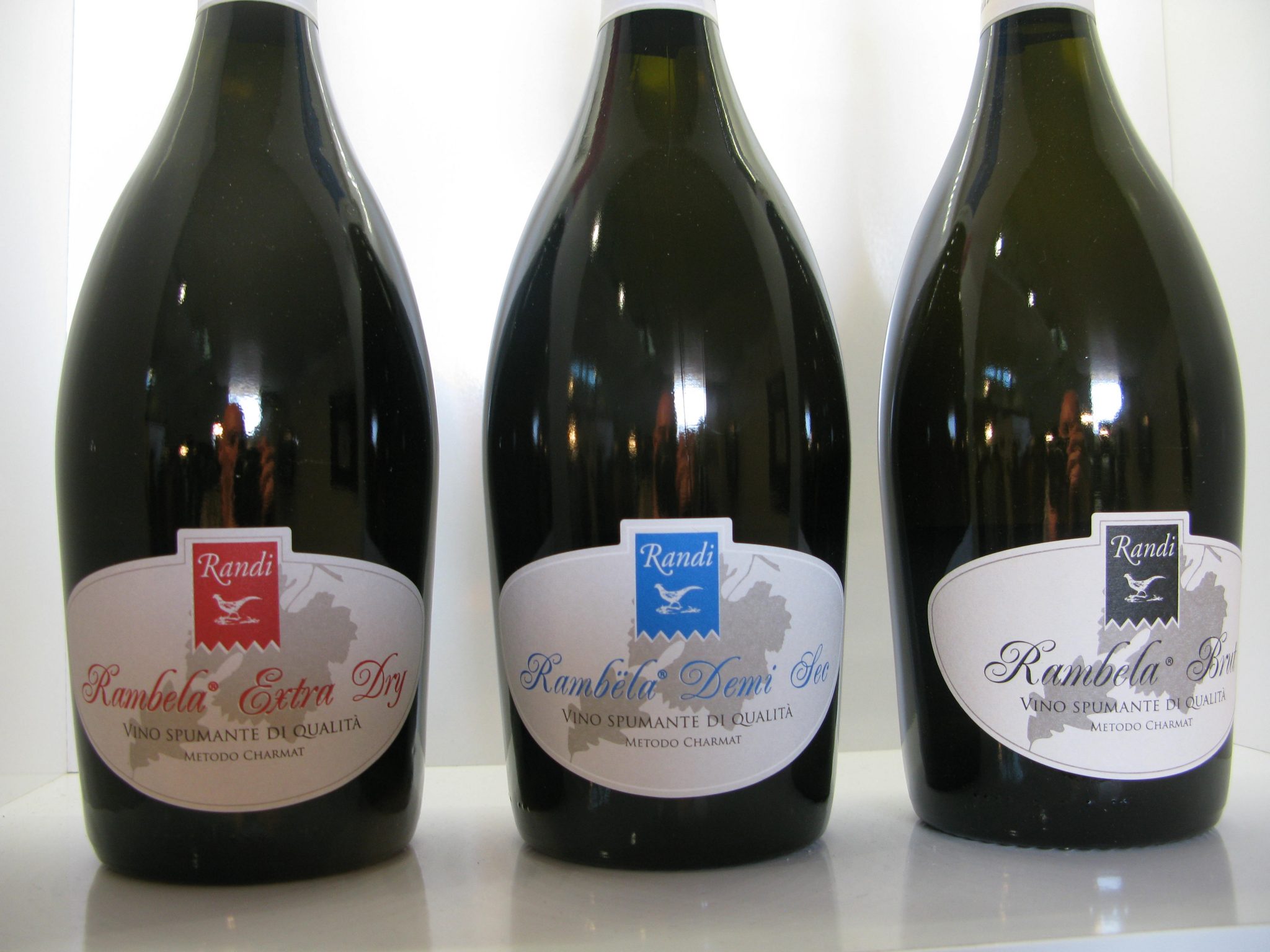 Mauro’s friend Claudio Ancarani, who made some experimental batches in 2009 and started bottling his dry wine, Famoso Signore, in 2010, likes the way the aroma changes over time – as the wine ages it becomes less floral and more mineral.

He believes the ‘secret’ to producing a good Famoso is to reduce yields and pick the right date for harvesting – when the fresh acidity and floral aromas are in balance.

Another of the original saviours, Leone Conti, tells me he likes the grape ... but not the aroma.

For him, the floral notes are too much. But neither is he a fan of the mineral aromas that come with age. So, for both his still and sparkling wines, he uses techniques that paint over the perfume. “We prefer to work with less floral, more structure,” Leone says.

He uses the Champagne method for his sparkling wines and a mix of new and old oak barrels for his still version – replacing the typical floral notes and fruity flavours with hints of toast, vanilla and butter.

Leone’s neighbour Luciano Monti was machine-harvesting his Sangiovese grapes when I arrived at his farmhouse. He uses his Famoso to make a light, refreshing, fruity spumante named after his wife, Regina. Luciano believes in Famoso’s potential as a Prosecco-style sparkling wine because “it has the perfume and taste that is good for spumante”.

In the plains around the charming town of Bagnacavallo, I met another group of winemakers who are trying to revive Famoso – but under its ancient local name, Rambéla. Of course, I met them over lunch.

Sparkling Famosos from Lovatella and Uccellina were paired with cold pork cuts and soft cheese. With the pasta course, tagliatelle with pork and beef meat sauce, there were fresh, floral and dry Famosos from Randi, Daniele Longanesi and Uccellina.

For the meat course – chicken on a skewer with tomato sauce and potato wedges – we had the area’s real specialty, Amarone-style Bursôn wines made by Randi and Daniele Longanesi, grandson of the man they named the Longanesi variety after, who found it growing up an old oak tree in his garden.

A selection of local cheeses was accompanied by sweet Famoso wines from Randi (Strafamoso) and Daniele Longanesi (Decimello). Daniele, who planted his Famoso vines in 2009 and makes about 2,000 bottles of fizzy Famoso, 3,000 bottles of still and 1,000 (0.5L) bottles of sweet, tells me he had an American importer visit his farm at Boncellino and try to place an order for 25,000 bottles of Famoso. It has given Daniele the confidence to up his output with fruit from friends, neighbours and other family members, and he aims to reach 20,000 bottles a year soon. 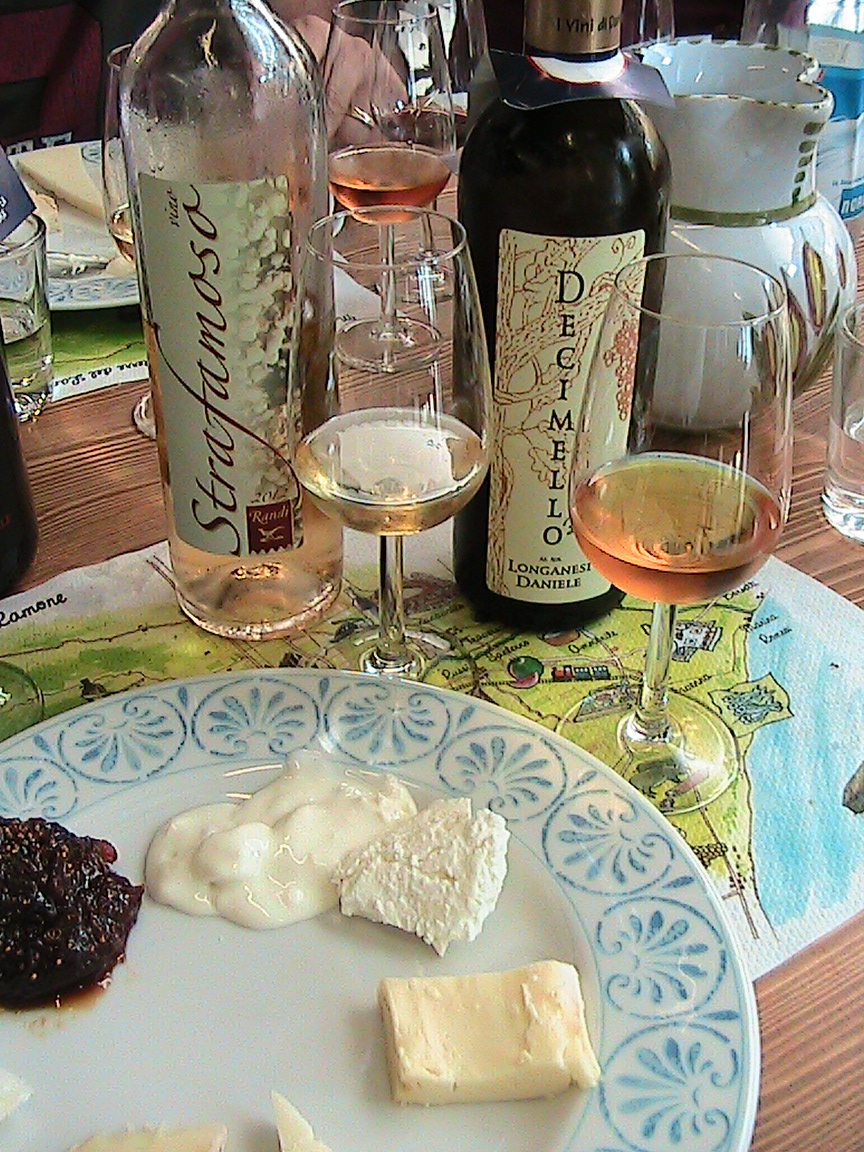 As I enjoy the high quality and diversity already on offer, I wonder how such a wonderful-tasting, high-yielding, distinctive grape could almost become extinct?

What I do know is that its time has come. Famoso is ready to be famous again. Well, almost. Especially, as I discover in a seafood restaurant overlooking the Adriatic, it’s an excellent match for oysters, prawns, sushi, and grilled fish.

In the heart of London’s lawyer district, and a short walk from theatre-land, sits one of the coolest, classiest multi-venue hotels in town. The Rosewood London, just a few steps from Holborn tube station, hosts the Gin Bar, the Dining Room and Scarfe’s Bar, which has become a destination in its own right. Let’s save …

Everyone has their favourite “splurge” food. For me, pushing my sweet tooth aside, it’s pizza; specifically, a thin crust, wood-fired oven one. I knew I’d be eating a few slices in Italy, but I hadn’t actually set out to eat it every day, never mind FIVE in one day. To be fair, pizza served in …