Turkey and Greece are old rivals, but relations are softening. At a time when Greece needs foreign investment, and Turkey has been told to mend fences with its neighbours to increase its chances of becoming a full member of the EU, the former foes are becoming allies, at least economically.

Last month, Turkey hosted leading Greek businessmen hoping to attract foreign investment for privatisation plans. I’ve been talking to people in Istanbul to find out about the rise in bilateral trade between the two countries, and one bakery’s attempt to help with a bailout.

Production at the Gullouglu bakery begins every day at 3am. Near one of Istanbul’s busy ports, the original Gullouglu cafe is busy with workers climbing three flights up to the factory,  to make baklava for a monthly shipment to Greece. The bakery has been in Tuba Gullu’s family for 200 years.

They’ve been supplying the Greek market for 10 years, but with their dwindling pensions, Greeks have had to cut out life’s little luxuries – like baklava.

This has had big implications for the Gullus. The bakery exports half a ton of baklava per month, down two-thirds  from before the crisis.

Their biggest customer, Athens pastry shop Baklava Epes had to shut three of its five stores. Despite a long history of political rivalry and disputes over the Aegean Sea, among other things, the Turks and Greeks are coming together, forming a mutually beneficial relationship.

Gullu says baklava is a hard sell in Athens these days. One kilo of the sweet stuff costs the same as three kilos of beef.

But in a sign of the recent trend towards better, more neighbourly relations between Turkey and Greece, the Gullus didn’t give up. Instead, they extended the bakery’s credit and even went into business with them, opening a cafe in Athens.

“We have extended them three years credit to help them. We also opened a cafe with them hoping people can afford one piece of baklava as a treat with coffee.”

The Gullouglu bakery is just part of the soft diplomacy taking hold between Turkey and Greece.

Ionnis Karkannis is the counsellor for economic and commercial affairs at the Greek consulate in Istanbul.  Despite the EU crisis, he’s optimistic the shared culture encourages trade. As proof, Karkannis says Turkish imports at their highest levels ever.

“We had a total of $4.2bn trade volume between the two countries last year and if you compare this to just $200m 12 years ago, it shows that we have gone really a long way. In 2011, Turkey imported more than $2.5bn worth of goods from Greece, more than double the level in 2009.”

That change has grown out of mutually beneficial needs. Turkey needs to show the EU it can get along with its neighbours, and Greece needs the foreign investment. Selim Egeli recently headed a Turkish government forum inviting leading Greek businessmen who came to Istanbul to attract investment in the country’s 50bn euro privatisation plan for the transport, energy, and tourism sectors. 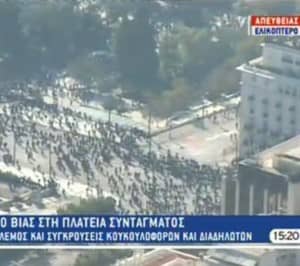 “There is a new era in our economic relations starting now because of the economic reforms Greece is making. As long as the political situation was not sufficient to support it, trade could go only up to a certain point and from there it always stopped. Greece gets a huge market of 70 million people here in Turkey who are dying to go shopping. I strongly believe that Greece is one of the very few countries as an EU member, who supports Turkey to be a member of the EU.”

Ionnis Karkannis believes both sides will benefit from further trade.

“I really think this is a win-win situation because right now, let’s be honest, Turkey has the cash and this cash can be used in investments and among other countries, Greece can be one of them so they can make the money and we can achieve the economy and job creation we want. I think Turkey has a role to play for two very simple reasons. First of all, it’s a neighbour, and most important, Turkey is already a member of G20, developing at a pace of 8% annually.

"These two parameters indicate the importance of Turkey. The mentality between the two is very similar, so doing business is very easy. Turks will participate in Greek business activities provided there are opportunities and profits to make. There is a profit to make, particularly in the tourism, energy and maritime sectors.  It is good for everyone.” 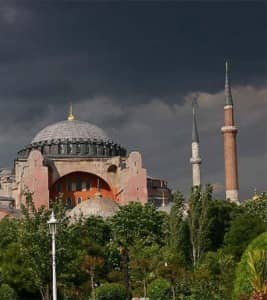 Back at the bakery, the Gullus continue to fill trays of sticky, sweet pastry.  It’s too soon to say whether Turkey can provide a big enough boost to Greece’s economy, but many hope the combination of soft diplomacy and a baklava bailout, works.