It’s no wonder film crews come to Lithuania’s capital city to shoot scenes of the Cold War. Wandering some of the squiggly streets that run from the Medieval old town to a neighbourhood populated with modern bars and sophisticated restaurants, you are transported into Le Carre-land. A range of architectural styles – from gothic to baroque to Soviet abound, along with a handful of half-crumbling buildings, cobblestone and old ladies selling handmade, thick wool socks all play supporting roles in the authentic atmosphere. But, hotels and restaurants are opening throughout the city, balancing the old with the new.

The surprises in Lithuania begin almost immediately. Our hotel, the Artagonist, is a recently opened independent with a tasteful, artistic theme that’s easy to get wrong, but they’ve gotten it just right. Located in the old town, and a short walk to all of the main sites, one enters to find an enormous well of light flooding the reception area and a life-size mural. The optimism about the place is consistent throughout our visit. Rooms are smartly designed without being over the top or awkward. Great thought has been put into layout and amenities. An in-room thermostat has none of the irritating temperature limits one finds in other hotels. You can literally freeze with full-blast AC in winter if you so wish. No fiddly pre-sets will stop you. There are not only single but double USB outlets by each side of the bed and smart, flexible reading lights. There are, thankfully, no gimmicks – just good design, including a contemporary water jug – a welcome sight after our flight.

We have no preconceived notions about Lithuanians, but we imagine, having been occupied by the Soviets until very recently, 1991 to be exact, perhaps there’s bitterness about getting such a late start compared with much of the rest of Europe. If there is, we can’t find it. Staff at Artagonist, for example, provides energetic American-style service: all smiles, how can we help and please tell us how we can improve. It is refreshing and wonderful. And the food at breakfast is so, too – with a hot and cold buffet featuring local dishes as well as the usual suspects.

Vilnius is a small city of churches. “Look up,” our guide commands, “That’s the only way to make sure you see all of them.” The chapels and cathedrals also span the ages. White and blue street signs in Hebrew mark some of the 20 stops on the Jewish Cultural Trail (there’s even a Jewish Culture and Information Centre). Two of the most interesting include a scientific institution whose members included Albert Einstein as well as a printing house for Torahs and other important religious texts. The city, they say, was once the Jerusalem of Europe with Jewish scholars and rabbi’s inhabiting Vilnius for over 700 years. It also explains why the Vilna Gaon State Jewish Museum has five different sites: memorials, a tolerance centre and a historical centre devoted to the Holocaust, which includes a list and personal stories of Lithuanian Jews who perished. Exhibits are interactive and engaging, there’s even an attic where visitors are encouraged to watch a short film and experience what life was like.

We take a break from the harsh history lessons and nip into one of the many coffee houses serving cakes and tarts made with fruits and walnuts. Many of these places are totally untouched by modernity. For urban-dwelling Lithuanians, 5 o’clock seems to be a time for coffee and cake, rather than drinks. We heartily approve.

If you’ve been to Robben Island in South Africa, where Nelson Mandela spent decades imprisoned, you’ll have a pretty good idea of what the Museum of Genocide looks like. The former KGB headquarters opened as a monument to history in 1992, only a year after it was no longer in use as a torture chamber and killing factory. The close proximity to those years makes our visit particularly eerie. In the actual execution room, a short video succinctly and effectively illustrates the cold-blooded, transactional murders.

I meet with several people during my visit – some of them government employees. No one is afraid to share their frank, honest views of the way things were and are, that there’s a hunger to catch up to the rest of Europe, that there are and probably always will be certain limitations, given Lithuania’s size, and it’s nearest neighbours (Belarus and Russia). We are encouraged by these unexpected open expressions after just 26 years of independence from Soviet rule known for a culture of officially-sanctioned eaves-dropping, and turning in neighbours for various offences.

Twenty-four hours will buy you enough time to see the major sites in Vilnius. Then, hop in a rental car, or download the CityBee app for the local car club and head west about 90 minutes to Birstonas. This is Lithuania’s spa country. The mineral waters here, discovered in the Middle Ages, are known for their curative powers. There are two kinds of bottled water: still and a rather salty sparkling one. It’s this stronger taste that delivers practically all of the recommended daily minerals like magnesium and others. The area is well known for it’s medical and therapeutic spas. People come for rehab as well as R&R.

We’ve come to visit the new Vytautas Mineral SPA hotel where, unsurprisingly, water is the design theme, with two beautifully curved fountains in the lobby delivery the local H2O. Our room is large and comfortable, with wood panels bringing nature inside. A decked terrace is perfect for reading. The most clever design I’ve ever spotted lies in the detail of the bathroom door, which has a stencilled cutout just at the base. When shut at night, the stencilled grating reveals just enough of a shadowy glow to light the way. It really is rather genius.

Calming architecture and aesthetics continue in the library, a magical space encouraging guests to take a time out over a game of chess, or simply climbing to the top of a giant, carpeted orb to have a quiet read.

Every detail in the spa has been thought out, with a wave-like ceiling meant to continue the water theme. Treatments are a bit hit and miss. As one local explained, as new hotels open, the hospitality industry is still in its developing stages. My facial is outstanding, with the bonus of a head and neck massage whilst the mask is working its magic, but a separate massage is disappointing. There is a range of treatments using the mineral waters and salts and also a medical wing where, in just 15 minutes, a physiotherapist uses deep touch therapy to relieve chronic neck pain from the computer. Her handwork has me pain-free for nearly a week.

Our trip begins with surprises and also ends with them. The chef at Vytautas Mineral SPA has recently won an award for best spa menu. We’re served the winning menu, which features innovative and inventive combinations that out-do dishes we’ve tasted in London, Paris and New York, like a tomato macaron filled with herbed cream cheese. Yes, people, this really, really works and a rhubarb cheesecake, which strikes the perfect tart/sweet balance. Service is, once again, attentive and smiling. A conversation with the sales and marketing manager reveals our interest in the local water (the salty) and Lithuanian honey and before our evening ends, we are presented with a bag full of both. The honey sourced from a beekeeper nearby. We’ve learned this is not so much special treatment as it is typical Lithuanian hospitality. Our only mistake is underestimating how much time we’d want to linger.

Top tip: There are great little shops from food and drink to design and good coffee bars at the Vilnius airport that are worth a look on departure. There’s even a small screening room showing locally produced short films.

Artagonist – We understand a new chef with a big local following has just opened a restaurant in this modern, relaxed Vilnius hotel.

Vytautas Mineral SPA – 90 minutes’ drive from Vilnius in the mineral water-resort region of Bristonas this hotel caters to families and couples.

Stebuklai – Near Parliament and the business district, this pricey restaurant in the round is a good bet for a lunch with sashimi salads, tartares and heavier fare for the hungry.

Dziaugsmas – Dimly lit and modern-chic, the menu is short and seasonal. In springtime, order the artichokes.

Theobromine Chocolatier – This small Belgian-owned chocolate shop specializes in beautifully painted, delicate truffles with unusual flavours. We like the lychee, the yuzu, and the wine flavours.

Dziugas Cheese – Lithuanian producers have been making this delightful cheese since 1924. It tastes just like Parmiggiano Reggiano, but less salty and it’s naturally lactose-free. There’s a small shop and coffee house in the old town where you can taste the 12, 18 and 24-month old blocks of cheese before buying. It’s also sold at the airport. If I could import this stuff, I would.

http://www.citybee.lt/en/ – You can organize pick-ups and drop-offs at the airport and Citybee parking spots are all around town. 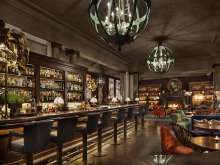